Metro's Yellow Line services Washington DC and Virginia's Arlington and Alexandria, and Fairfax Counties. The line terminates at Fort Totten Station to the north, and Huntington Station to the south.

During rush hours some Yellow Trains follow a Rush Plus route in which case they share track with the Blue Line south of King Street Station, terminating at Franconia-Springfield Station. If traveling during rush be mindful of the train destination marked on train cars and station information boards.

Transportation to Dulles International Airport is also available from the Blue Line via MetroBus's 5A line which has stops at L'Enfant Station.

Stations are listed from north to south. 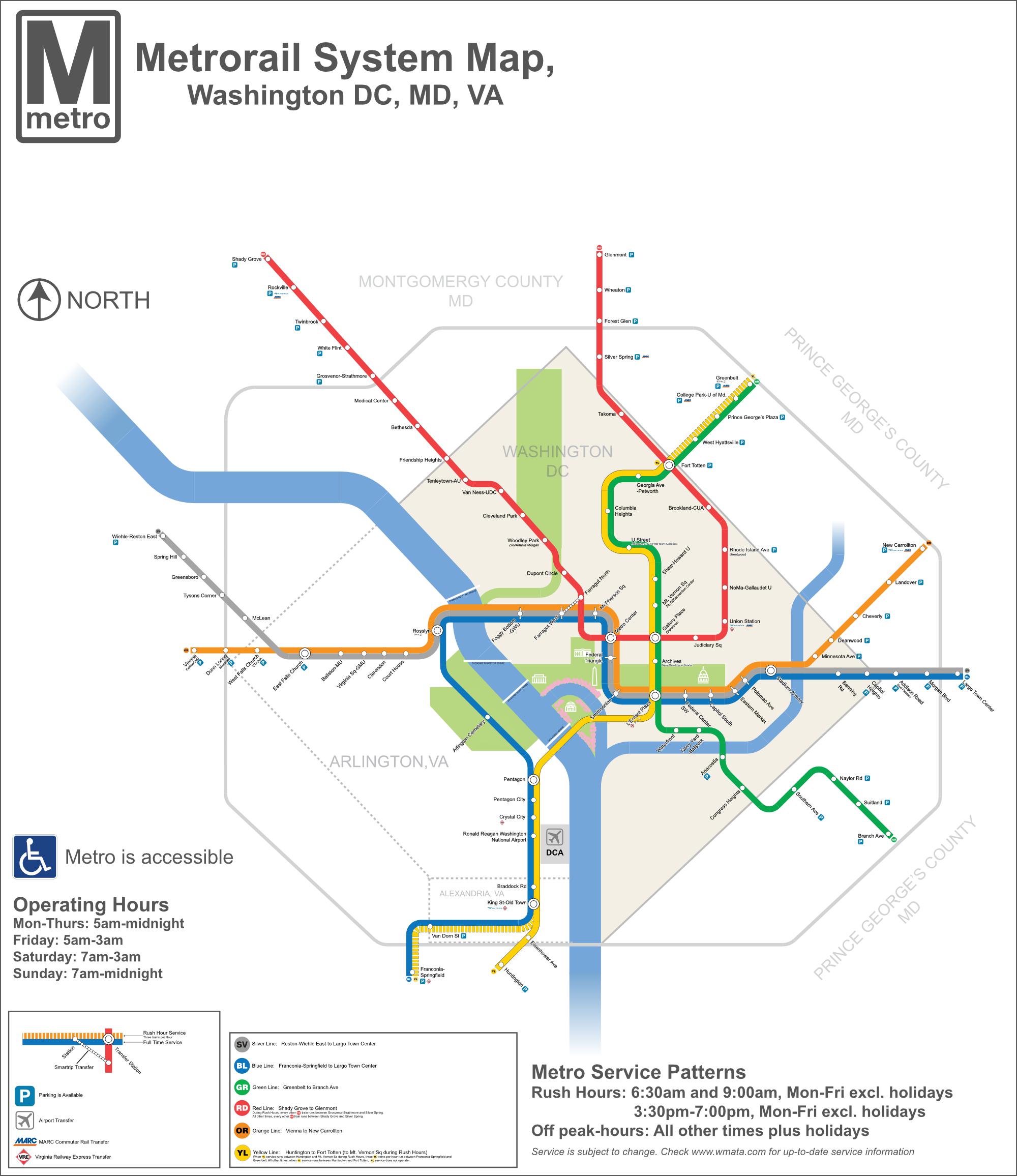